Czech Republic based Python developers and those further afield join in collective delight this week as JetBrains releases PyCharm 3.0 into the wild in both community (yes that means free) and professional editions.

The PyCharm IDE features Pyramid and web2py web frameworks support, new refactorings, support for SQL in Python strings, an embedded terminal, improvements in core Python and Django code intelligence, as well as other handy tools for productive development with Python.

NOTE: Pyramid (as mentioned above) is a small, fast, "down-to-earth" Python web application development framework developed as part of the Pylons Project licensed under a BSD-like license.

JetBrains says its decision to release an open-source edition of PyCharm just "came naturally"; the community edition will come with a set of intelligent language features to promote productive and error-free development when using Python for lightweight coding or scripting tasks.

"With the open-source release of PyCharm Community Edition, we are looking out for those who are just starting to learn programming. We want them to have access not only to a great language, but also to a great IDE that can guide them through their first development steps, and help them spot and fix their mistakes on the fly," said Dmitry Jemerov, JetBrains CTO. "At the same time, developers using Python in their daily work will appreciate the advanced features in the full Professional Edition of PyCharm." 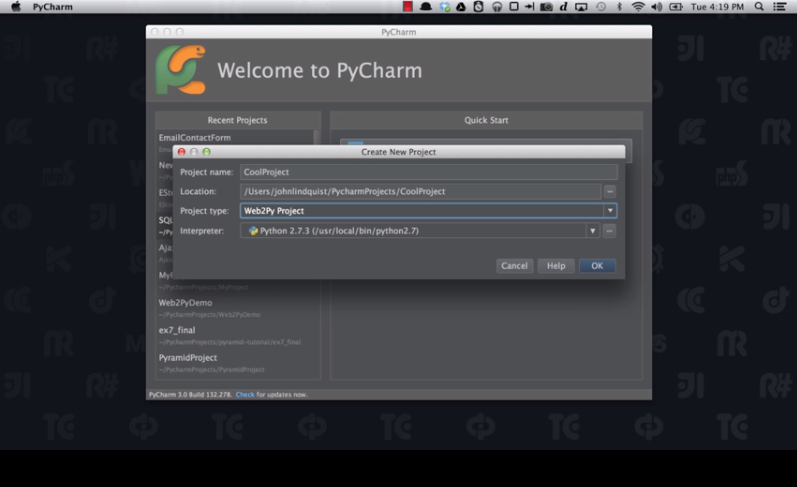