jqMobi has announced enhancements to its jQuery-compatible mobile app development framework. Now in beta version 1.1, jqMobi is described as the first open source JavaScript framework developed solely for use on mobile devices. It is aligned for both iOS and Android devices.

The new appStarter feature has been included to create "complete frameworks" for mobile apps by selecting screen layouts, color schemes, and header and footers as well as navigation schemes from a quick start wizard. When the basic design is complete, appStarter creates the necessary JavaScript and jqMobi code for screens, transitions, carousels, scrolling lists, menus, and so on. 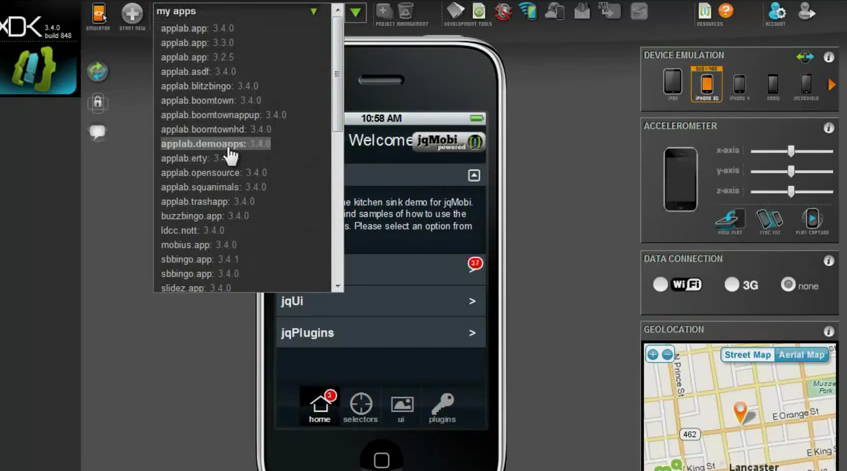 The developer's job is to complete each page's content and logic.

The concept here is to use appStarter as a jqMobi developer and create a fully-featured, multi-page HTML5 app in minutes. The jqMobi framework version 1.1 adds native scrolling in iOS, optimized long list scrolling, and built-in memory cleanup for plugins. In 1.1, objects can now register jqMobi events, previously only available to DOM nodes.

"The new version contains improvements to existing plugins like css3Animate and carousel. A new touchLayer plugin provides a delay-free touch input that works identically on iOS and Android. A new repository has been created to house jqMobi plugins, making it easier for developers to pick and choose needed functionality when they are building apps," said the company.