Microsoft has released a new version of its Try F# web portal for developers interested in the open source multi-paradigm programming language. The new resource features tutorials and information to learn the fundamentals of F# through new domain-specific tutorials.

F# (which ships with Visual Studio) is described as a succinct, expressive (and efficient), functional, and object-oriented language for Microsoft .NET that helps write simple code to solve complex problems. Microsoft calls F# a "simple and pragmatic" language ideal for analytical, data-rich, and parallel component development.

Analytical software components (of the kind produced here) have enjoyed widespread deployment in the finance and insurance industries. They are also said to be of use to data scientists and researchers dealing with a number of large data sets, cloud computing resources, and machine learning techniques. 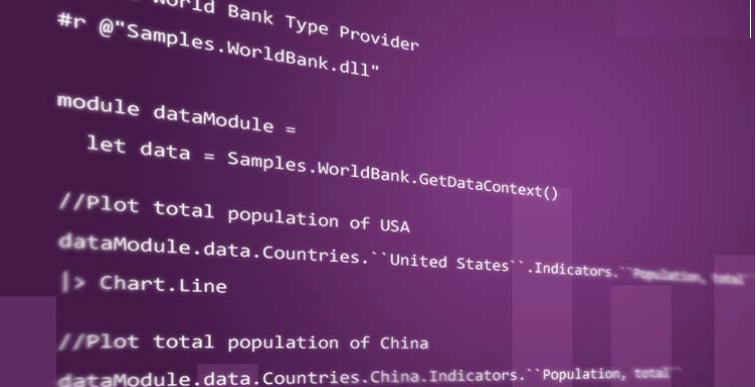 According to an official statement from Microsoft, "Try F# is geared to areas of focus such as data science, statistics, advanced computing, visualization, and machine learning. This focus provides a significant tool to those without extensive programming skills to run multiple data sets against computing algorithms, visualize correlations to make key decisions on further research and discovery, and prevents the need to use multiple programming interfaces."

Essentially then, F# is a combination of the advantages of typed functional programming with well-supported modern runtime systems. It incorporates features in integrating Internet-scale information sources and services into strongly typed programming languages.

"F# has become an invaluable tool in accessing, integrating, visualizing, and sharing data analytics. Try F# has the potential to become the web-based data console for bringing 'big and broad data,' including the associated metadata, from thousands of sources (eventually millions) to the fingertips of developers and data scientists. Try F# helps fill the need for robust tools and applications to browse, query, and analyze open and linked data. It promotes the use of open data to stimulate innovation and enable new forms of collaboration and knowledge creation," write Viegas and Takeda.

The Try F# site is not just a bunch of tutorials; it lets users write code in the browser and share it with others on the web to help grow the community of F# developers.