Varnish Software delivers the most widely used HTTP accelerator based on open source. The firm has announced the release of its new components Varnish Massive Storage Engine, Varnish High Availability, and Varnish Tuner. The three components are designed to support the scalability and performance needs of content heavy, high-traffic websites and are available as part of the commercial Varnish Plus offering immediately.

"For most consumers, websites are now the pivotal point of interaction with companies. If information and content isn't delivered instantly, they will seek alternatives that are just a mouse-click away," said Per Buer, founder and CTO of Varnish Software. "The three new Varnish Plus components respond to the needs of the top 10 percent of Varnish Cache users by delivering unlimited cache sizing, increased caching performance, and customized cache optimization."

The new Varnish Massive Storage Engine claims to be able to tackle the problems of content-heavy sites by allowing the Varnish caching layer to handle multi-terabyte data sets. This makes it possible to cache almost unlimited objects while the website performance remains stable over time.

The Varnish Massive Storage Engine is targeted at web-centric developers working in business with large data sets such as online retailers, image banks, video distributors, or Content Distribution Networks — it enables them to deliver high-quality content within their current infrastructure while pushing the bounds of modern web experience delivery.

Varnish High Availability is a high-performance content replicator that eliminates cache misses (when an item looked up in the cache is not found) and ensures the stability of the Varnish Cache set-up. By protecting the backend infrastructure from overload caused by cache misses, it increases website performance and minimizes the risk of frustrated visitors leaving websites. Varnish High Availability is for Varnish Cache users whose sites are business-critical. It can be installed with any multi-cache Varnish Cache setup, giving you a highly available active-active caching cluster.

Varnish Tuner automates customized cache optimization in both the Varnish and operating system environments. It recommends configuration options for the Varnish Cache set-up including how the operating system should be tuned, and which cache parameters should be changed or replaced, and also explains these recommendations. Varnish Tuner makes it possible for businesses to find the specific set-ups that best matches their resources and needs, resulting in better website performance. 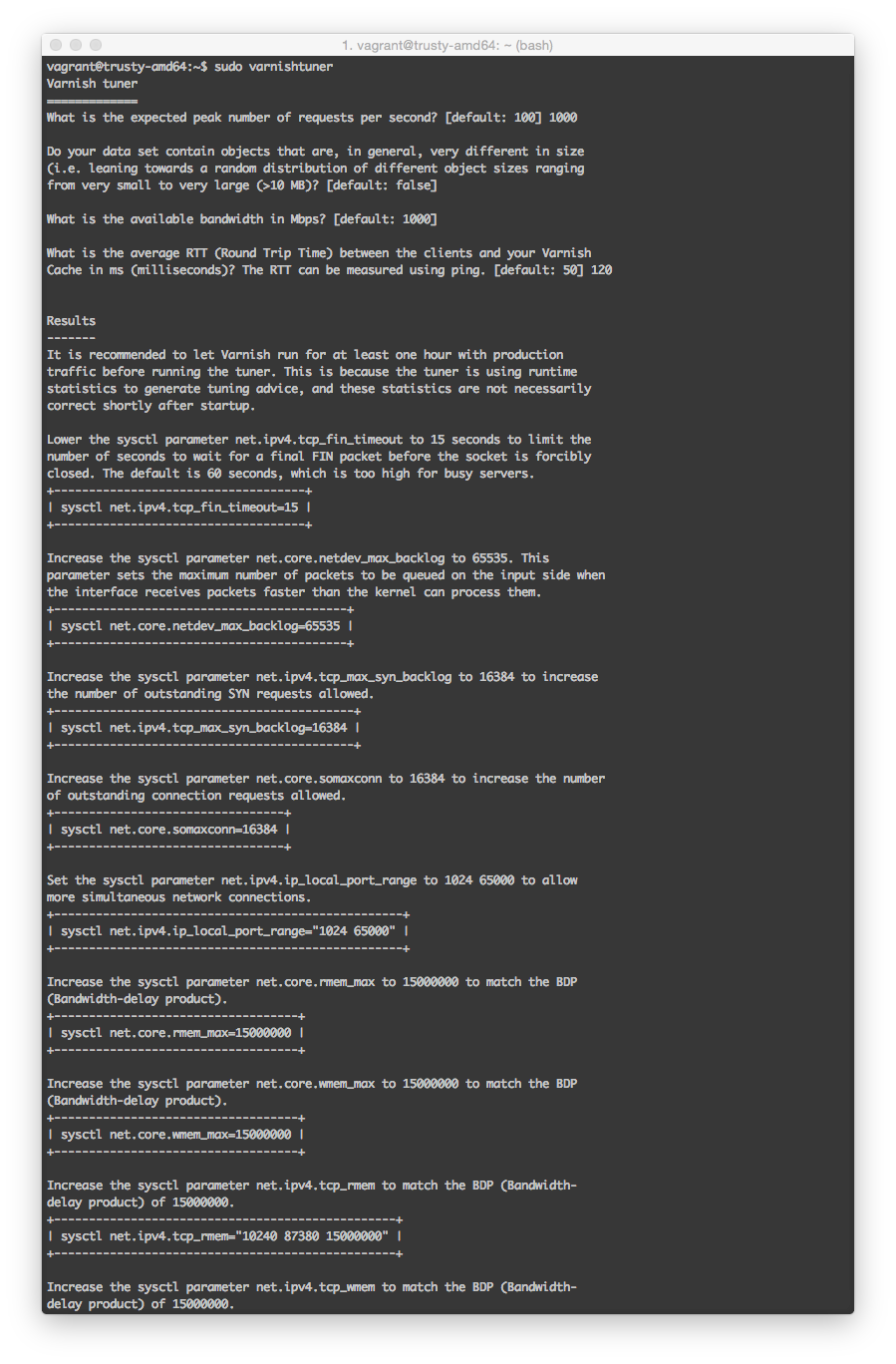