The company streamlines developers' workflows with functions including a new built-in decompiler for Java classes to eliminate the necessity to install any external decompilation tools. The debugging of complicated algorithms is made easier as actual variable values are shown next to their usages, right in the editor.

To help developers detect "probable bugs" that may lead to a NullPointerException on runtime, a new inspection has been added, which improves static code analysis. It is capable of automatically inferring @NotNull, @Nullable, and @Contract annotations from the bytecode of the libraries added to the project.

Product manager Andrey Cheptsov blogs to say that the editor, where you spend most of your time, remains the heart and soul of IntelliJ IDEA. "As always, we focused on making it even better for v14. Meet the smart Backspace key behavior, code style detection, Scratch files, improved Multiple selections (which now come with handy shortcuts), a "Copy as HTML/RTF" action, a faster "Find in path" action, and lots of other tiny but very helpful enhancements," he said. 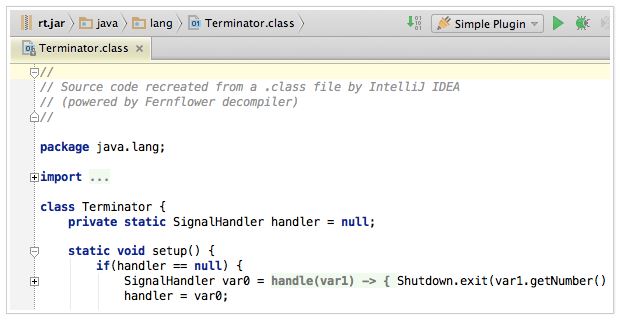