MSDN explains that with the Entity Framework, most of the need for the data-access code that developers usually write is eliminated. The new Release Candidate version benefits from support for the Async language — as well as multi-tenant migrations.

According to the MSDN, the Entity Framework allows programmers to create a model by writing code or using boxes and lines in the EF Designer. Both of these approaches can be used to target an existing database or create a new database.

This is the first version of Entity Framework to be available on the Microsoft CodePlex open source project-hosting site. Release Candidate or not, this version is described as "feature complete" and will be made more formally available in line with Visual Studio 2013 releases later in 2013.

Developers will now be able to write custom conventions for Code First to help avoid tiresome (or indeed repetitive) configuration tasks. A straightforward API has been constructed with attention to detail for lightweight conventions, whereas more complex conventions are also covered in the total releases here.

Support for code-based configuration has now been brought forward as a new improvement; i.e., instead of the config file usage options. Support for enums and spatial data types has also been brought into the mix. 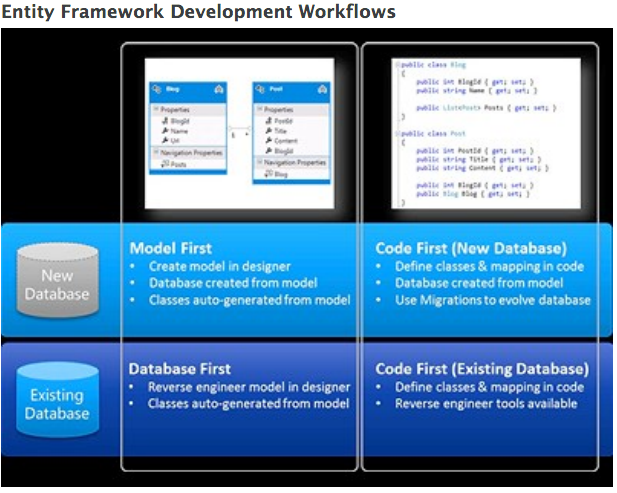