Microsoft has officially announced its Build 2014 developer conference and exhibition. The event will be staged once again at San Francisco's Moscone center and will run from April 2nd to 4th next year.

Corporate VP and chief evangelist for developer and platform Steve Guggenheimer has looked ahead to an event that will feature Microsoft fundamentals and perennials from .NET to Visual Studio — but also to newer developments including Xbox One and technologies driving what he called "differentiated user experiences". These functionalities will come from new systems and services coming to the Microsoft platform such as Flipboard, Instagram, Waze, Vine, and Mint.

"Build is a time to bring developers together to talk about our latest products, platform advances, tools, and offerings, all of which come together to create unmatched apps and scenarios. With Windows, developers can create new experiences to reach hundreds of millions of devices on peoples' desks, in their homes, in their pockets, and in their living rooms," wrote Guggenheimer.

Guggenheimer also promised that at this year's event Microsoft will talk about what's next for Windows, Windows Phone, Windows Azure, Windows Server, and Visual Studio. 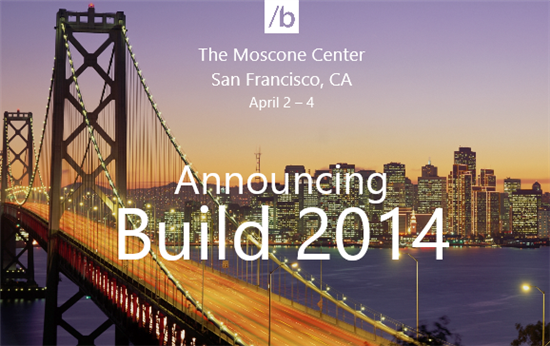