Opens up to .NET's enhanced async capabilities and better portability

Splunk has released new tools for .NET developers. Splunk SDK for C# v2 is designed to give developers a chance to use .NET's enhanced async capabilities and support platform portability for targeting applications within Microsoft, Linux, iOS, and Android environments.

Readers may note that Microsoft has already said that traditional techniques for writing asynchronous applications can be complicated, making them difficult to write, debug, and maintain. But, according to the MSDN, "Visual Studio 2012 introduces a simplified approach, async programming, that leverages asynchronous support in the .NET Framework 4.5 and the Windows runtime. The compiler does the difficult work that the developer used to do, and your application retains a logical structure that resembles synchronous code."

So anyway, the Splunk Extension for Visual Studio lets programmers build and deploy apps that use and extend Splunk, and create projects using the new SDK. This is ideal (says the company) for building an application that searches against Splunk data, retrieves data from Splunk, or displays custom visualizations.

According to a Splunk media alert, "Developers can now leverage .NET enhanced async capabilities and better support platform portability, using the SDK to target .NET 4.5, Windows Store, and Windows Phone 8.1 apps. It also allows for targeting of Linux, iOS, and Android apps with the help of Xamarin."

With the Splunk Extension for Visual Studio, .NET developers can build and deploy apps that use and extend Splunk. The plug-in adds extensions to Visual Studio to simplify creating projects using the Splunk SDK for C#. The project template includes snippets for performing common SDK tasks, as well as support for logging events over UDP and TCP with .NET Trace Listeners or the Semantic Logging Application Block (SLAB).

Additionally, the Splunk Extension for Visual Studio includes support for creating modular inputs to extend Splunk and allow it to talk to additional data sources such as other internal systems or public APIs like Google, Facebook, and Twitter. 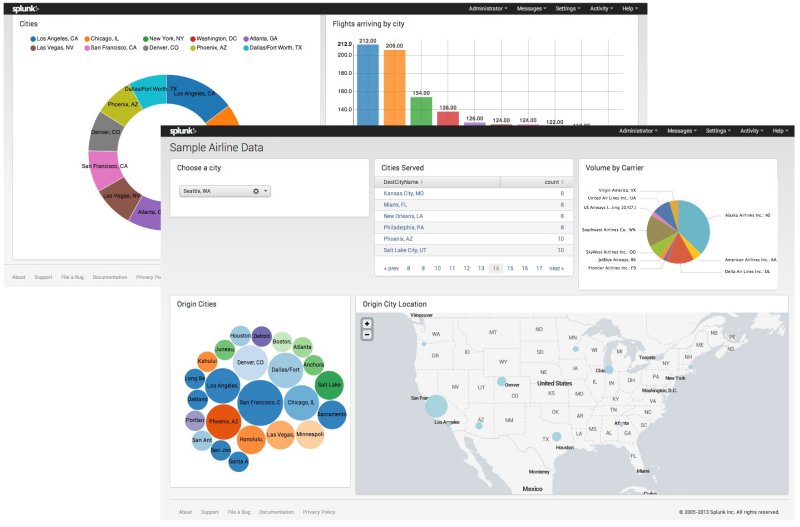