The tradition continues with the 16th Annual Jolt Awards, with new entries and new categories 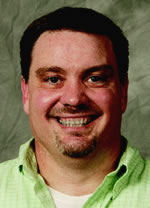 The 2.0 release is a major update to the .NET Frameworks, with lots of features to lure developers from competing platforms. The most extensive set of changes reflect the addition of generics to the Common Language Runtime (CLR); many of the new features were implemented using generics. Both Windows Forms and ASP.NET were updated to reduce the amount of code needed for common scenarios.

Other new features include the managed transaction stack in System.Transactions, the Click-Once deployment model, and support for skinable UIs in ASP.NET. Existing features also received attention—a much faster XSLT engine and asynchronous command execution in ADO.NET. It's also backward compatible with existing code; most existing 1.0 and 1.1 code should run unmodified on 2.0.

To visualize data from .NET or ASP.NET applications, look to Dundas Chart for .NET. Long regarded for its huge chart library, Version 5 Enterprise Edition adds "smart tags" that reduce the work required to leverage the tool's extensive customizations. Enterprise Edition also supports applying annotations to call out important data. Dundas Chart is feature-rich but easy to use for impressive results.

Version 4.0 of Qt takes the cross-platform toolkit beyond its roots as portable GUI library. Collections, database, threading interfaces, and XML functions, plus a new graphics and font engine, raise this product to a completely new level—one where Qt should be considered the default application library even if only one platform is being targeted. Version 4.0 makes Qt the definitive choice for C++ client-side development.

Tired of gluing application layers by hand? The Spring Framework uses dependency injection to tie components together for simplifying JMS, JMX, Hibernate, and AOP. Spring also increases testability by making parts of the application easily interchangeable with mock or alternative implementations. The Framework integrates neatly with others (such as Struts) and an Eclipse plug-in makes its manipulation human friendly.