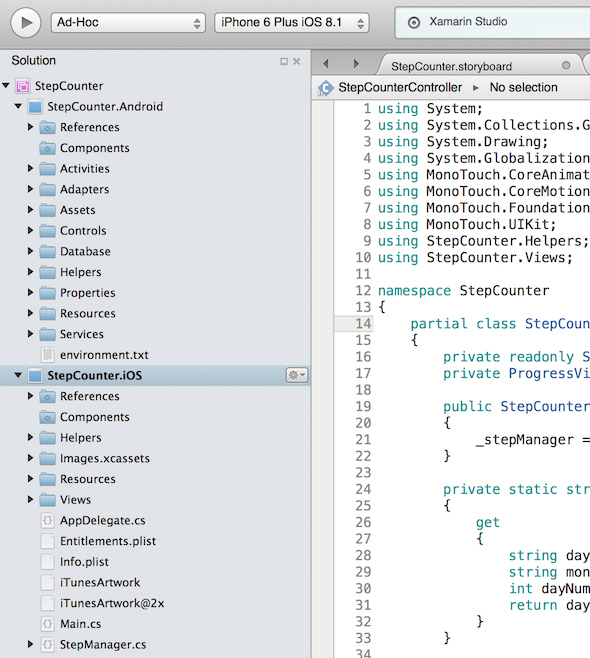 Xamarin 3 delivers many features that make it a more complete multiplatform IDE and allows C# developers to target iOS, Android, and Mac OS X. One of the key advantages of Xamarin when you target mobile platforms is its capacity to stay updated with the latest changes in both the Android and iOS APIs. At the same time, Xamarin keeps track of the new features that Microsoft adds to the C# programming language with each new Visual Studio and .NET release. Thus, you get to take advantage of the new features included in the most modern mobile devices without ever leaving C#.

Xamarin makes it easy to reuse C# code in multiple target platforms. The addition of support for Mac OS X as a target platform is a terrific benefit because you have another important community of users you can reach with your existing C# codebase.

The introduction of the Storyboard Designer in Xamarin Studio and its support in Xamarin 3 makes developers accustomed to coding iOS apps with XCode feel right at home. Storyboards are extremely important when working with XCode, and it made sense for Xamarin to include support for them. This way, developers who are learning C# but have previous experience with Objective-C can ease their transition in Xamarin to target additional platforms from a single codebase.