Automated unit testing cranks up one notch this month with Isolator V7.4.1 for .NET developers from Typemock. The new release integrates with Microsoft Team Foundation Server 2012 — and this means that developers working with the TFS collaboration platform can now start from the supplied Microsoft build template.

Programmers can also now edit their existing template so that their Isolator tests run as part of an automated build.

NOTE: This TFS 2012 integration comes in addition to full integration with all other major CI (continuous integration) tools.

The plug-and-play profiling here is designed to integrate with any coverage tool, memory profiler, and any other profiler. Setting Isolator to work together with other developer tools is "straightforward", says Typemock, and there is "substantially reduced plumbing" involved lowering the risk of configuration errors.

Eli Lopian, CEO and founder of Typemock, said that these developments make Isolator the most "integration-friendly" dev tool out there, as it is the only one supporting all profilers.

"Other new updates include the new ability to mock the current date and time by ignoring the DateTime.Today property. Enhanced user experience features include running impacted tests from anywhere in the code, highlighting important test data, faster responsiveness when editing methods and tests, and improved shield display on partial classes and generic methods, as well as other modifications in API behaviors which allow for more readability in tests," said Lopian. 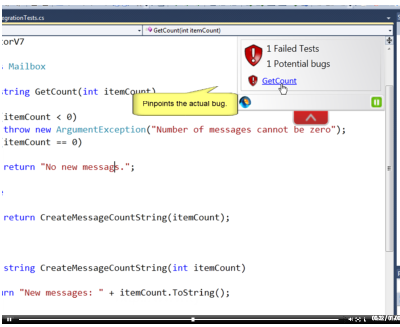